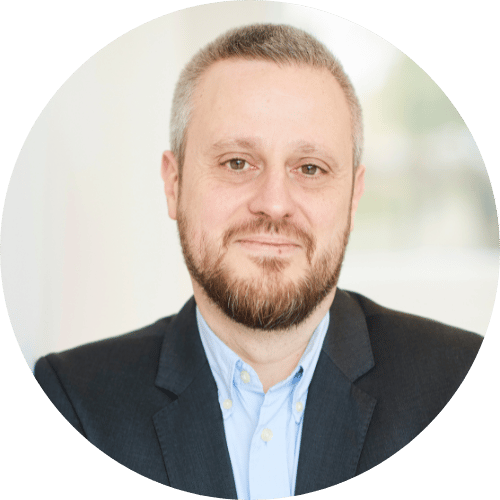 Dr. Dufrane co-founded Novadip in 2013 and joined the company as Chief Scientific Officer in 2015. Prior to joining Novadip on a full-time basis, Dr. Dufrane was head of both the Musculoskeletal Tissue Bank and the Tissue/Cells Therapy Centre at St. Luc University Hospital. Previously, he was head of the Endocrine Cell Therapy Unit at St. Luc University Hospital. Dr. Dufrane has been a member of the Belgium Superior Health Council since 2014. Dr. Dufrane has published more than 46 manuscripts in peer-reviewed journals, presented at 40 lectures, and has more than 120 communications with more than 1,300 citations. He is a reviewer and member of the editorial boards of scientific and medical peer-reviewed journals and has received numerous scientific awards. Dr. Dufrane received his medical degree and his doctorate in biomedical sciences (orientation: cell therapy) from Université Catholique de Louvain.

← Back to Team Page

This website uses cookies to improve your experience while you navigate through the website. Out of these cookies, the cookies that are categorized as necessary are stored on your browser as they are essential for the working of basic functionalities of the website. We also use third-party cookies that help us analyze and understand how you use this website. These cookies will be stored in your browser only with your consent. You also have the option to opt-out of these cookies. But opting out of some of these cookies may have an effect on your browsing experience.
Necessary Always Enabled
Necessary cookies are absolutely essential for the website to function properly. These cookies ensure basic functionalities and security features of the website, anonymously.
Functional
Functional cookies help to perform certain functionalities like sharing the content of the website on social media platforms, collect feedbacks, and other third-party features.
Performance
Performance cookies are used to understand and analyze the key performance indexes of the website which helps in delivering a better user experience for the visitors.
Analytics
Analytical cookies are used to understand how visitors interact with the website. These cookies help provide information on metrics the number of visitors, bounce rate, traffic source, etc.
Save & Accept